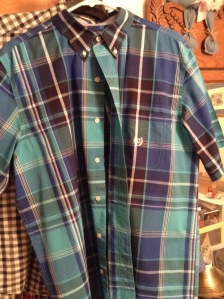 Fluorescent Lighting. Buying Heath a book called “The Superior Person’s Book of Words”. Carpool lanes that require more than 1 person in the car. Plaid. What do all these things have to do with Valentine’s Day? They are all incredibly BAD ideas. (except for the plaid)

What drives us to buy chocolates, flowers, and cards today? What causes us to make reservations for the hottest restaurant four months in advance? Why do we max out our credit cards each and every year on a day that we don’t even get off from work? What are the origins of this false “holiday”…where did it come from…why do people accept and tolerate it…why does Hallmark stock break volume trading records on this day?

Editorial note: Whether or not you subscribe to this historical interpretation of Valentine’s Day (or whether you actually celebrate it as a “holiday”), this is, in my opinion, the correct version of the truth. Referenced at the end of this editorial, you will find alternate interpretations. Believe them if you will.

Long, long, long ago…1895 to be exact, Rodolfo Alfonzo Raffaelo Pierre Filibert Guglielmi di Valentina D’Antonguolla was born (the smart readers will already know where I’m going with this, and yes, that really is his full and complete name).

Nothing especially special happened for the first 14 years of his life, so we’ll skip ahead to age 15: he decided to spice things up a bit and join the Navy.

Unfortunately, he did not pass the rigorous physical exam (running, jumping, climbing trees, hat, flag, bang, stuff like that – snaps to eddie izzard), or the Don’t Ask Don’t Tell policy. Rodolfo was so distraught by the military rejecting him, he took it upon himself to personally maintain a military-like-level of physical fitness.

Daily, he could be seen at 24-hour fitness, sweating to the oldies on the Precor elliptical bike. Of course, the oldies of the 1900’s were droll love songs, like Oh Lover Where Art Thou in thine Olde Kingdome, which really weren’t written to be danced to or ellipticalled to, but somehow it all worked out. 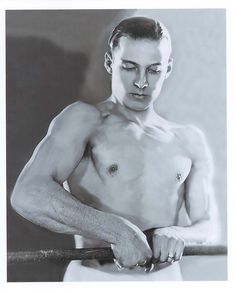 At age 18, he arrived in the United States, with a heavy Italian accent (unfortunately it was so heavy that he couldn’t bring it as a carry on and it had to be checked, and was subsequently damaged enroute even though he’d paid the overweight fee and insured it for an additional $50), which we’ll call Life Event #2.

After about a year or so travelling around America, Rodolfo developed a liking for driving cars very, very fast, not dissimilar to residents of LA or Sacramento (but completely dissimilar to the drivers of Oregon’s highway 26 which for some reason has a speed limit of 55), and we’ll call this Life Event #3.

And finally, as Rodolfo reached the drinking age of 21, he got drunk, broke into Hollywood, got arrested, and was given a job as an actor (hey, a creeping kid, for my new film, The Creeping Kid – word to eddie izzard), Life Event #4.

What have these four Life Events lead up to? The creation of the Ultimate and Total Ladies Man (UTLM) (or one could argue, a man’s man). And so the story continues…

Every year, the weather gets cold in America. Typically that time is around January/February, which means that people are bundling up in warmer clothing, burning wood in the fireplace, drinking hot cider or mulled wine, lighting candles, and snuggling under or on top of the bear skin rug in front of the aforementioned fireplace.

In some locations, such as Hell, Michigan (which incidentally froze over in an extremely cold winter of 1995-96, and made the news), the weather is colder than cold, which means that people are snuggling much closer than they normally would. Often, this snuggling leads to interludes of passion, which in many cases leads to hospital overcrowding in the September/October time-frame.

Being the physically fit, foreign, daredevil actor that he was, Rodolfo was no exception to the rules of cold weather and love, and thus he was never without a date for a cold Friday or Saturday night. Women flocked from all over the world to spend time with this fine specimen of manhood.

In fact, due to the volume of women continually invading his home trying to get some quality time with him, Rodolfo had a 9-foot-high stucco wall and floodlights erected at the mansion, and also purchased three Great Danes, two Italian mastiffs, and one Spanish greyhound to patrol the courtyard and terrace. (all true)

However, he did actually enjoy some of this “woman flocking”, which, due to his…um…”popularity”, extended well beyond just Friday and Saturday nights.

During the winter months, Rodolfo had to hire a full time assistant just to keep the living room cleaned up from the night before. He had a different bear skin rug for each day, which were kept cleaned and hanging in a special room in the house, which he called the Bear Skin Rug Room (as you’ll come to understand as you keep reading, that he wasn’t the most creative guy in the world).

A full time dry cleaner, who specialized in authentic bear skin rug care was on-staff to monitor and manage the quality of the rugs. Rodolfo certainly couldn’t have one of his ladies over on a matted burber.

In addition to the dedicated cleaning staff, Rodolfo also had one of the best stocked wine cellars in the country. Racks and racks of premium Italian wines were shipped from overseas, as well as boxes and boxes of Italian chocolates. In the back yard of his mansion, another full time employee tended to the elaborate rose garden, which included nearly 8 varieties of red, white, pink, lavender, mauve, carnelian, canary and aubergine roses.

Rodolfo (Rudy) Valentino was pretty much set to entertain any number of ladies, each day of the winter months. With a nearly endless supply of wine, chocolate, and roses, he could afford to meet with a new lady every weekday, and possibly two on each weekend day (depending upon cleaning staff availability). But he was faced with a dilemma…

From a day-to-day perspective, he had no problem keeping up with the rigorous duties required. He was physically fit, knew how to thrill a woman by taking her on a fast ride on his motorcycle or in the Fiat, and had all the supplies to make for a wonderful evening. But Rudy was never the kind of man to have a one-night-stand without some type of follow-up. He wanted these women to feel special, and to feel as though they had really meant something to him (which they had). He needed a way to show his appreciation and gratitude to these lovely ladies who had spent the evenings with him.

Fortunately for Rudy, his close friend Hal came up with a way for Rudy to really mark the occasion. Why not send a little paper note of thanks to the numerous ladies, and attach a small personal message in each one? Rudy was very keen to this idea, as he did not want any of the ladies to think that they were not as special as the others, and in fact, he did not want them to KNOW that there had been any others besides them. In this way, he could maintain very positive relationships with all of them, and quite possibly have repeat performances with those whom he found most enjoyable.

So Rudy and Hal set out to write the letters.

Unfortunately, Rudy had spent so much of his energy on the evenings of passion, he lacked the creativity to develop personalized messages for so many different ladies. Again, his pal Hal came to the rescue. Hal, being a man of the “creative” persuasion (and before you go there, I can put that in quotes because _I_ am so go ahead and hang up with HR), had no trouble coming up with cute little rhymes or poems which spoke of love, passion, friendship, and pleasure.

He spent several weeks sitting out on the veranda of the mansion, writing poem after poem, but making each one unique and special. Hal even had another idea. Why not include a petal from one of the roses in the garden, inside each note? A petal from the same colour rose that Rudy had used on the night of passion. Now he had a card with a personalized poem and a personalized token of affection, which would truly make a mark on the occasion.

Rudy was thrilled! His friend had really come through to provide a solution to the problem. Rudy was a very humble man, however, and refused to take the credit for this creativity. He insisted that on the back side of every card, a small letter H would be watermarked into the paper, in deference to his great friend who had helped him thank all of these women.

When Hal noticed the small letter, he asked Rudy what it meant. Rudy informed him that this was the Mark of Hal, otherwise known as the Halmark. Needless to say, Hal was most pleased.

And so Rudy rushed down to the postal office, and mailed off each of the notes to each of the women he had come to adore. The notes arrived, poems were read, rose petals were smelled, and the women knew that they had made a difference in the life of this handsome, dashing man.

As Rudy aged, the number of women he sent these cards to increased and decreased (we all have good years and bad years), but he continued to send the notes, and continued to stamp the small H on the back, even after his friend Hal had passed on.

We continue this tradition today, celebrating the unique style and nature of a man named Hal, who might never have become a published poet were it not for his dear friend Rudy Valentino. And this, is the true story, of Valentine’s Day.

Happy Valentine’s Day to one and all 🙂

Editorial Comments:
Interview on The Awful Truth, Michael Moore’s TV show
Michael Moore: You seem like a very sensitive man – you got married on Valentine’s Day. Don’t you think you’re in the wrong job, being Secretary of Defence?
Secretary William Cohen: Not at all. The preservation of the nation’s security is the most important thing. We couldn’t write poetry if we didn’t have a secure country.